Year 6 enjoyed a lovely meal together in Covent Garden and watched some of the street entertainers.
They then watched Matilda the Musical at the Cambridge Theatre in the West End. We had the first four front rows so were so close to the stage.  The children’s faces were priceless as they were so mesmerised by the production and in particular the child actors and actresses. We hope it’s given them some ideas and confidence for their Oliver production. 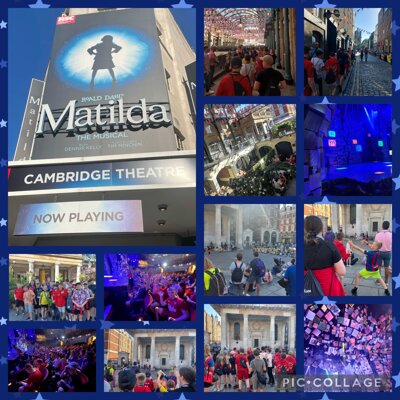